How to Grow Flowering Dogwood Trees from Seed

The only predictable way to grow a Pink Dogwood, Red Dogwood, or one of the beautiful Dogwoods with variegated leaves, is to bud or graft the desired variety onto a White Dogwood seedling.

Dogwood trees begin producing seeds right after the petals drop from the flowers. It’s a slow process that takes all summer. By late summer the seeds begin to turn red, which means they are just about mature. Don’t pick them too early or the embryo will not be fully developed and they will not be viable. When the seeds are fully developed they will begin to fall from the tree, and at that time you can begin to pick them.

Ripe seeds can be removed easily. If they don’t pop right off when you grab them, they are not quite ready, give them another week or two. Don’t let them fall to the ground, the chipmunks, birds and other critters love them, and usually eat them as fast as they fall.

Once picked, let them sit for a week or so, until the pulp begins to soften. At that time soak them in a pail of water to further soften the pulp. While still in the pail of water squeeze the seeds between your fingers to separate the seeds from the pulp. Once they are separated slowly add water to the pail until it overflows, allowing the water to flow over the edge of the pail slowly.

Because Dogwood seeds have a very hard outer coating on the seed, they need to be pretreated or stratified before they will germinate. This process softens the outer coating so that water and oxygen can enter, initiating the germination process. There are several ways to stratify Dogwood seeds, from treating them with acid to storing them in the refrigerator. I will share a couple of techniques that I think will work the best for someone with little experience.

One technique requires that you decide what day next spring you would like to plant the seeds and then counting backwards on your calendar for 210 days to start the stratification process. Here in the north May 15 is a good target date for planting because by then we should be safe from frost. You don’t want Mother Nature to do them in before they even have a chance.

210 days from May 15 would put you around Oct. 15 to start the stratification process. To stratify the seeds using this technique simply place them in a plastic bag with some moist (not wet!) peat moss, or a mixture of moist peat and sand. Poke some holes in the bag, you don’t want it air tight. Store them in this mixture at room temperature for a period of 105 days.

After 105 days move them to your refrigerator for another 105 days. Don’t put them way in the back where they might freeze. You want them cool, but not frozen. After 105 days of storage in the refrigerator they should be ready to plant outside. Just time it so that you get them outside just after the danger of frost has past.

While the seeds are being stored check them weekly, if you have fungus growing in the bag sprinkle a little fungicide in. Near the end of the storage period you should be checking for germination, as soon as 10% of the seeds have germinated they should be planted out. If it’s too early, plant them in a flat indoors, just make sure they get plenty of sunlight.

To plant them simply sprinkle the entire contents of the bag on top of the soil and spread it out. Sprinkle some light soil over top. Do not plant the seeds too deep. 1/4″ of soil over top is all you want. Water them thoroughly after planting, then allow the soil to dry out before watering again. Make sure you plant them in an area that drains well, you don’t want them in soggy soil or they will rot.

That’s one technique. Another technique is to nick each seed in a couple of different places with a knife right after the seeds are cleaned, and plant them out immediately in the fall. Cover the seed bed with a piece of screen so the critters don’t dig them up and eat them.

I don’t know. There are so many variables that can change the outcome that I have not seen where one works better than the other. I suggest you do some each way and see what works best for you. I like getting them planted right away in the fall and putting Mother Nature in charge, but it’s disappointing if something happens and you have a poor stand, that’s why it’s always nice to try some both ways.

You can also grow Chinese Dogwood (Cornus Kousa) from seed. Chinese Dogwood is very popular because it flowers much later than most other ornamentals. Late June is usually when they are in bloom, and the flowers are cream colored against dark green foliage. It makes the flowers look mint green in color. Just use the same techniques as above.

Comments Off on How to Grow Flowering Dogwood Trees from Seed biodiversity, plant trees, save energy, tree planting 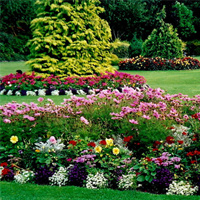 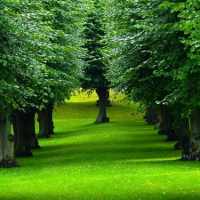 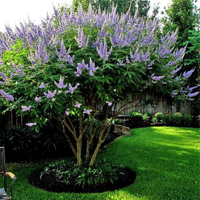